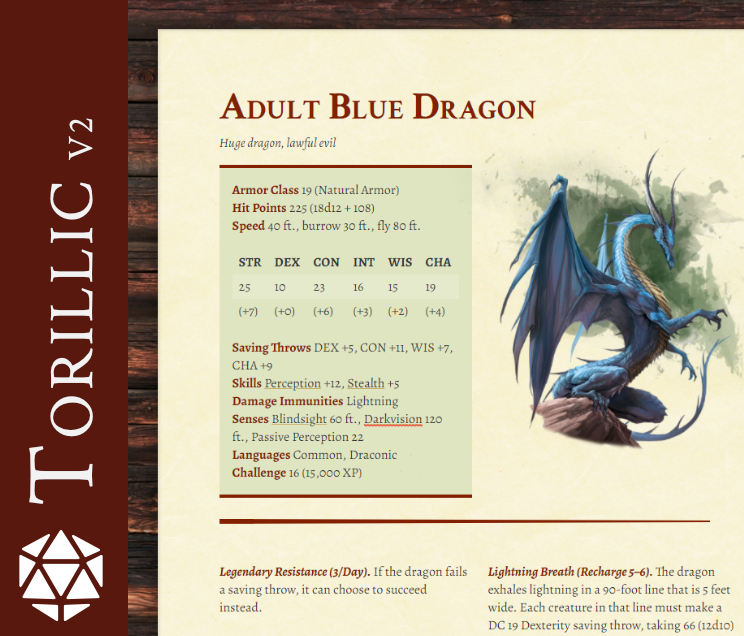 This theme, named after the fantasy setting of Dungeons & Dragons, is designed with tabletop RPG players in mind. The theme allows beautiful HTML exports designed to look like a professionally made tabletop resource, whilst remaining easy to edit in code view and in small windows, thanks to CSS media queries.

Torillic v2 is the second incarnation of the Torillic theme, you can download older versions here.

Like all Typora themes, Torillic uses markdown syntax, but here’s a few tips and tricks for getting the most out of this theme: 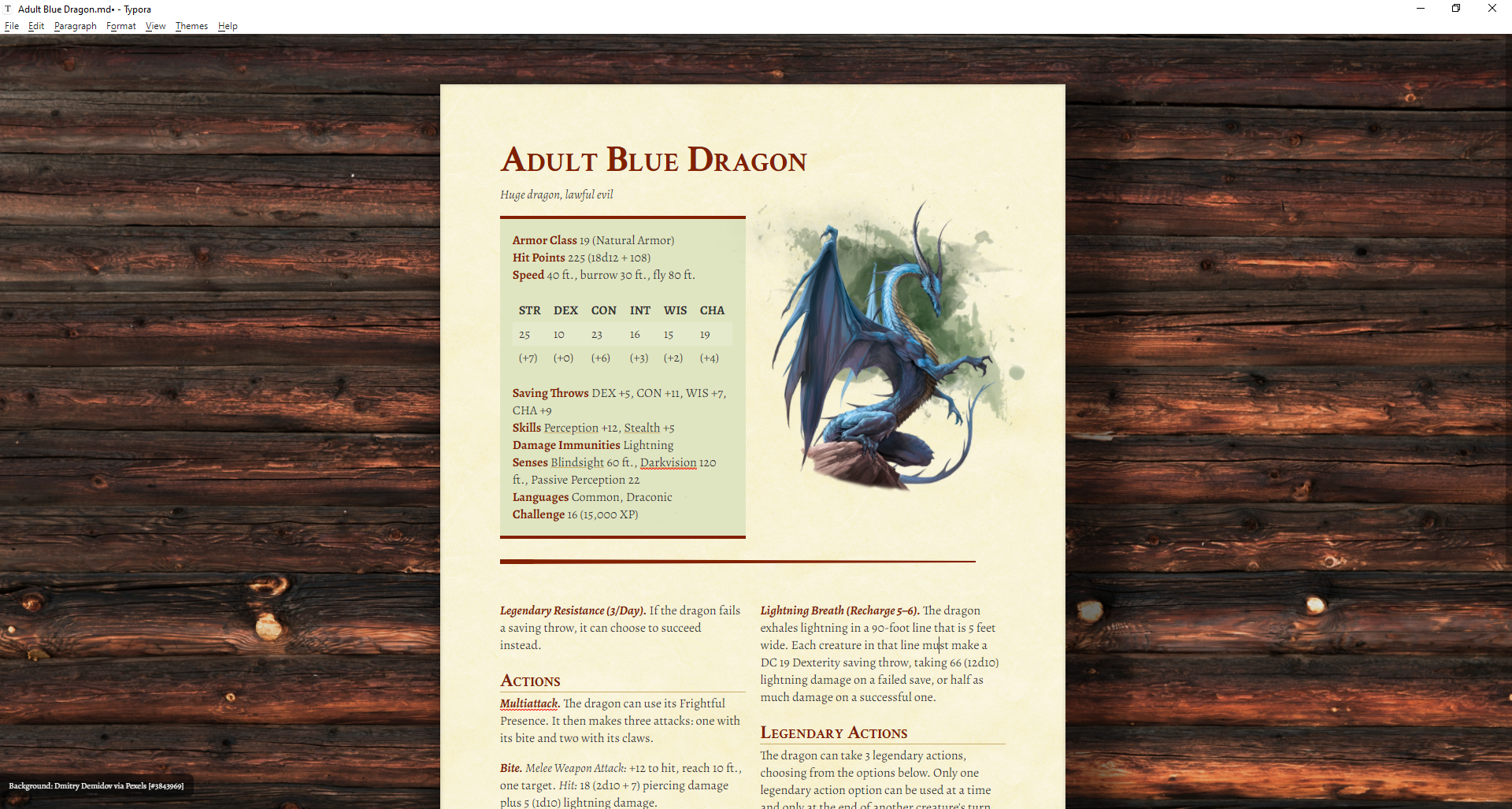 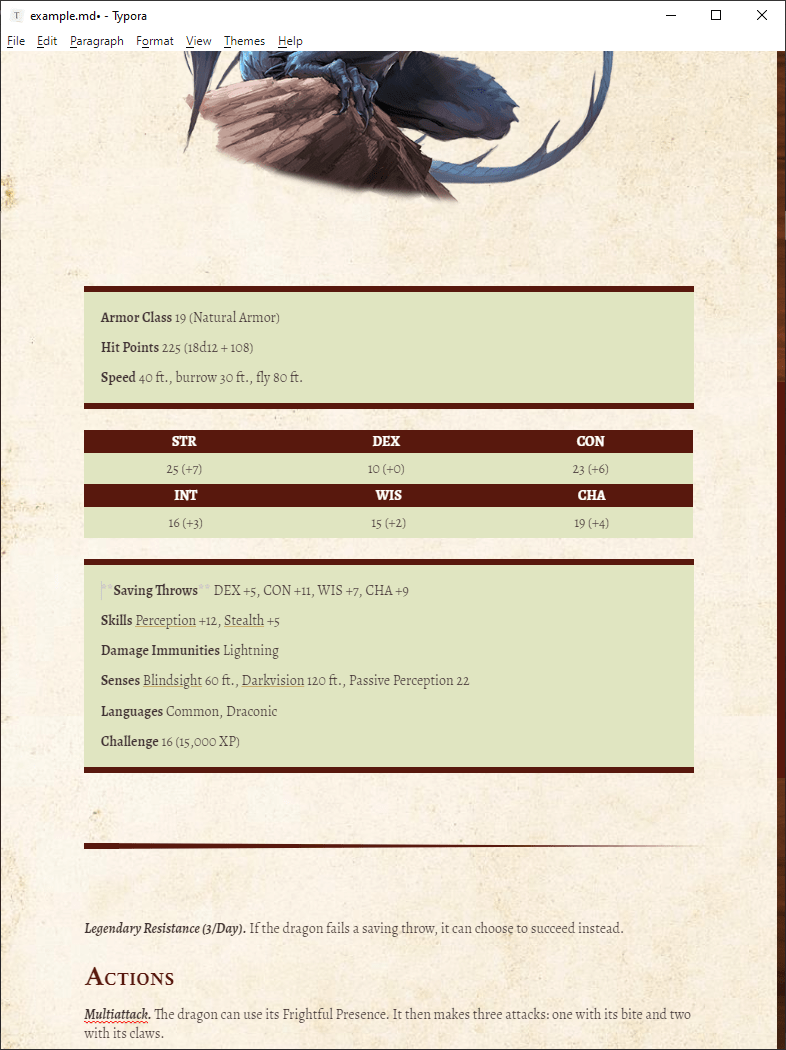 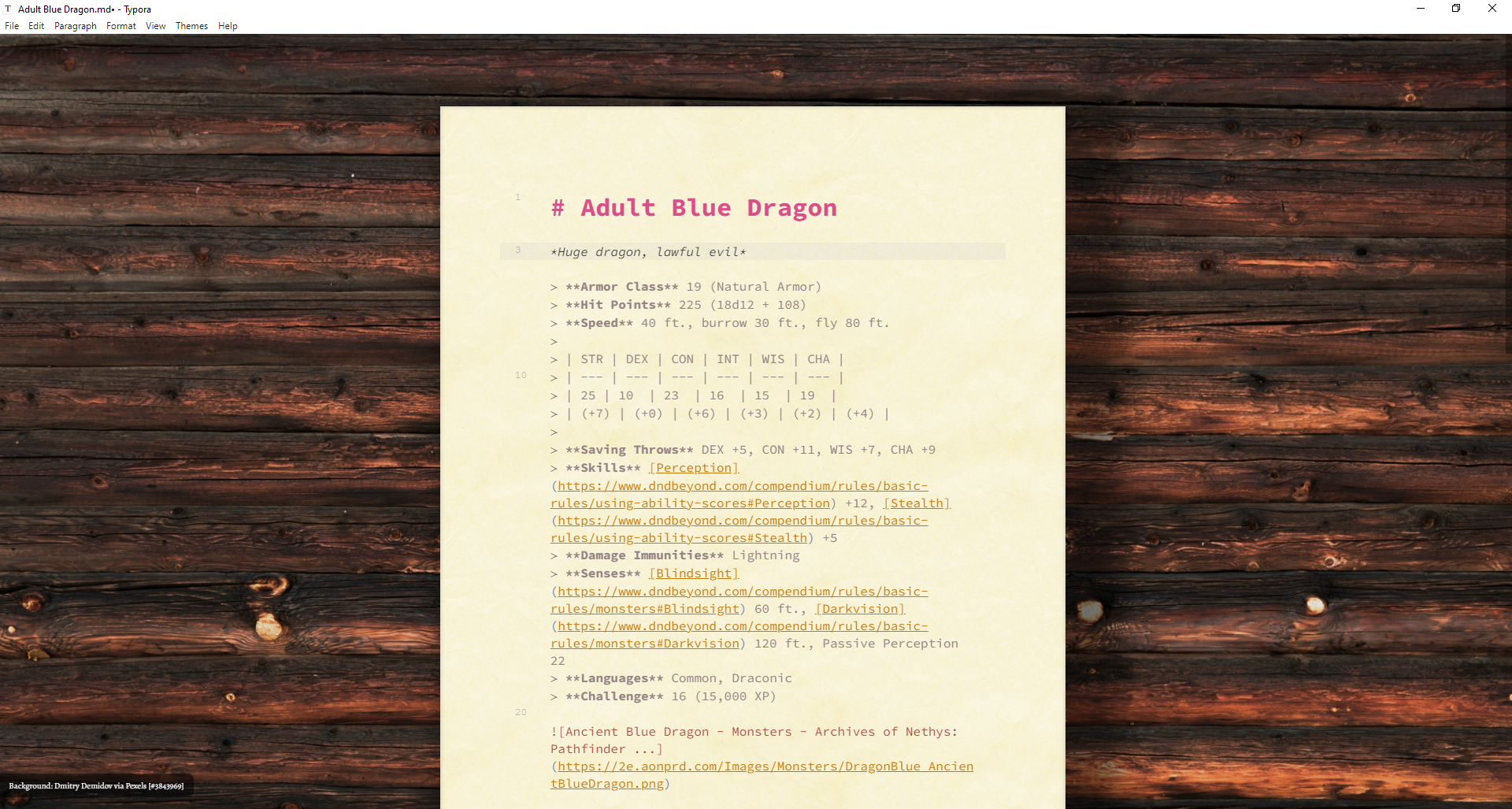 The above screenshots were all created using the following markdown: