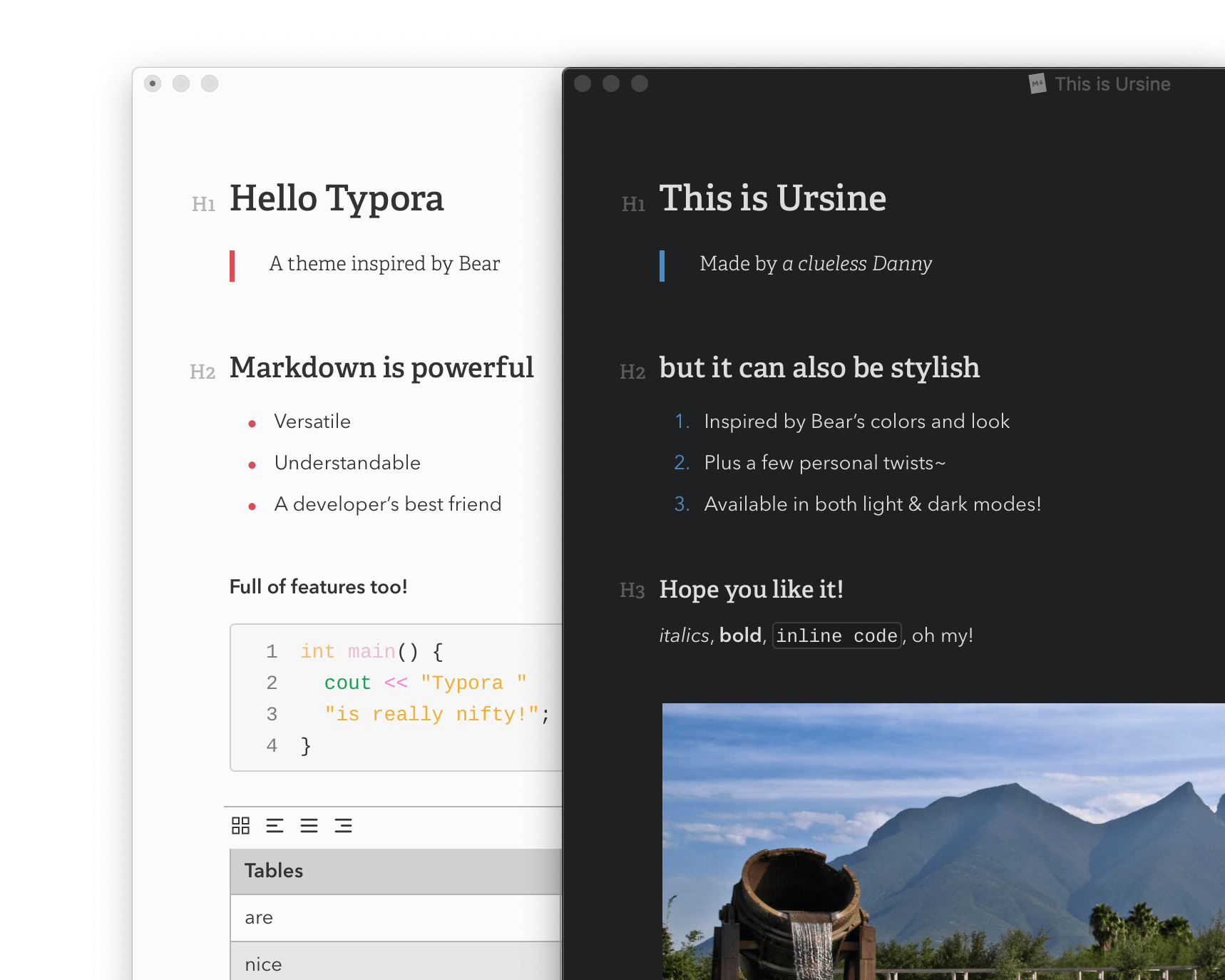 A theme for the wonderful Typora, inspired by Bear’s colors and elegancy. 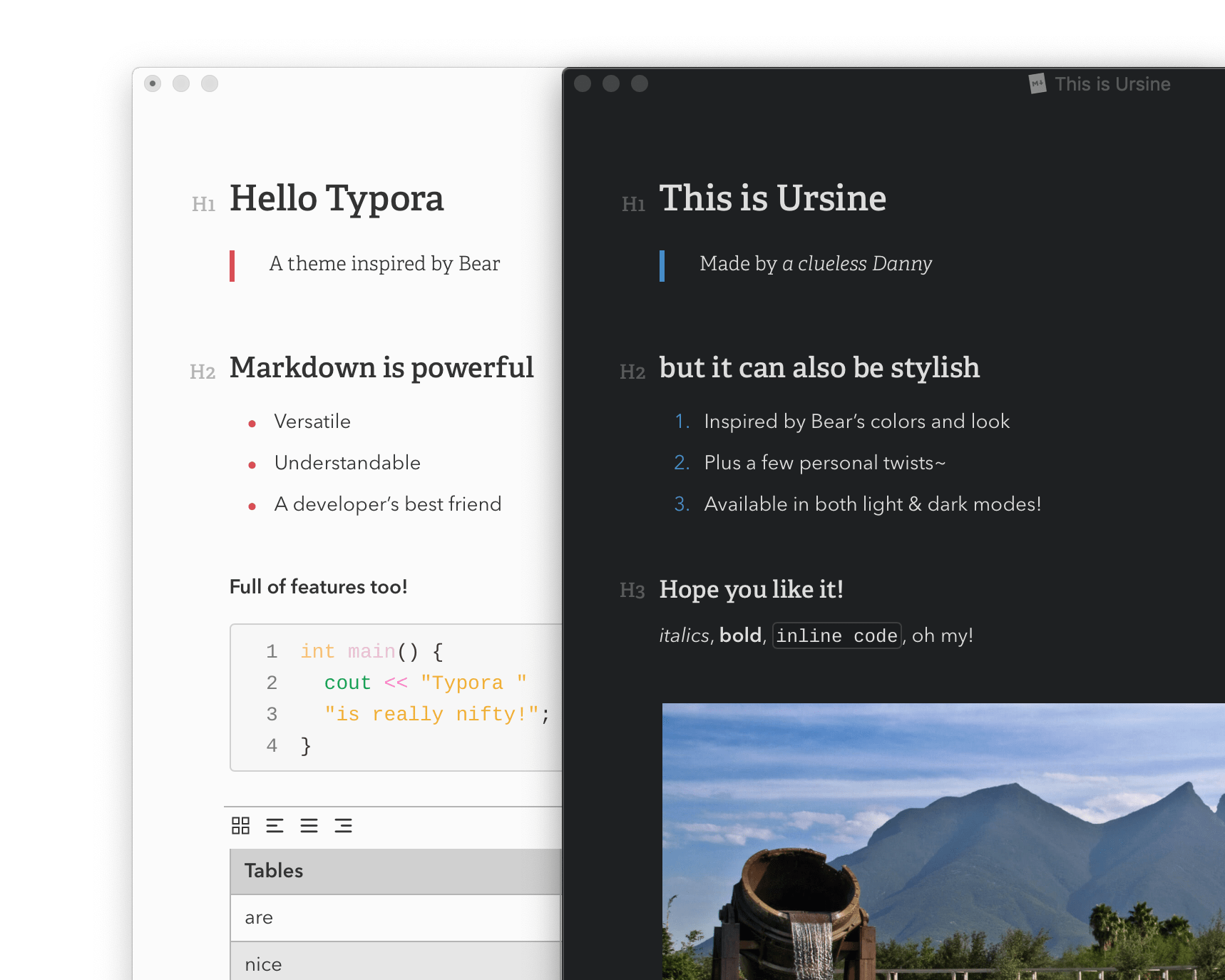 Uses Avenir Next LT Pro and Adelle fonts, & the colors are based on Bear’s Red Graphite and Dark Graphite themes.

Note: These themes have been designed and tested for both MacOS & Windows (though primarily Mac).

Decompress the latest release from here. In Typora’s preferences windows, go to General -> Themes and click on Open Theme Folder. Drop all the decompressed files and folders in there, and enjoy!~

Note: If you require using Cyrillic-compatible fonts, then download the Cyrillic variant found in the release instead.

I slightly debated on this, and hey, I don’t see why not. If you find this theme really useful and you’re feeling super generous, how ‘bout donating a coffee?

Ever since publishing this theme, I’ve periodically refined it overtime through the issues on my free time (and I maaay have spent a bit too much time on this during some of my classes back then).

So if you wanna show appreciation that way, just know that this college boy would appreciate that generosity greatly~ 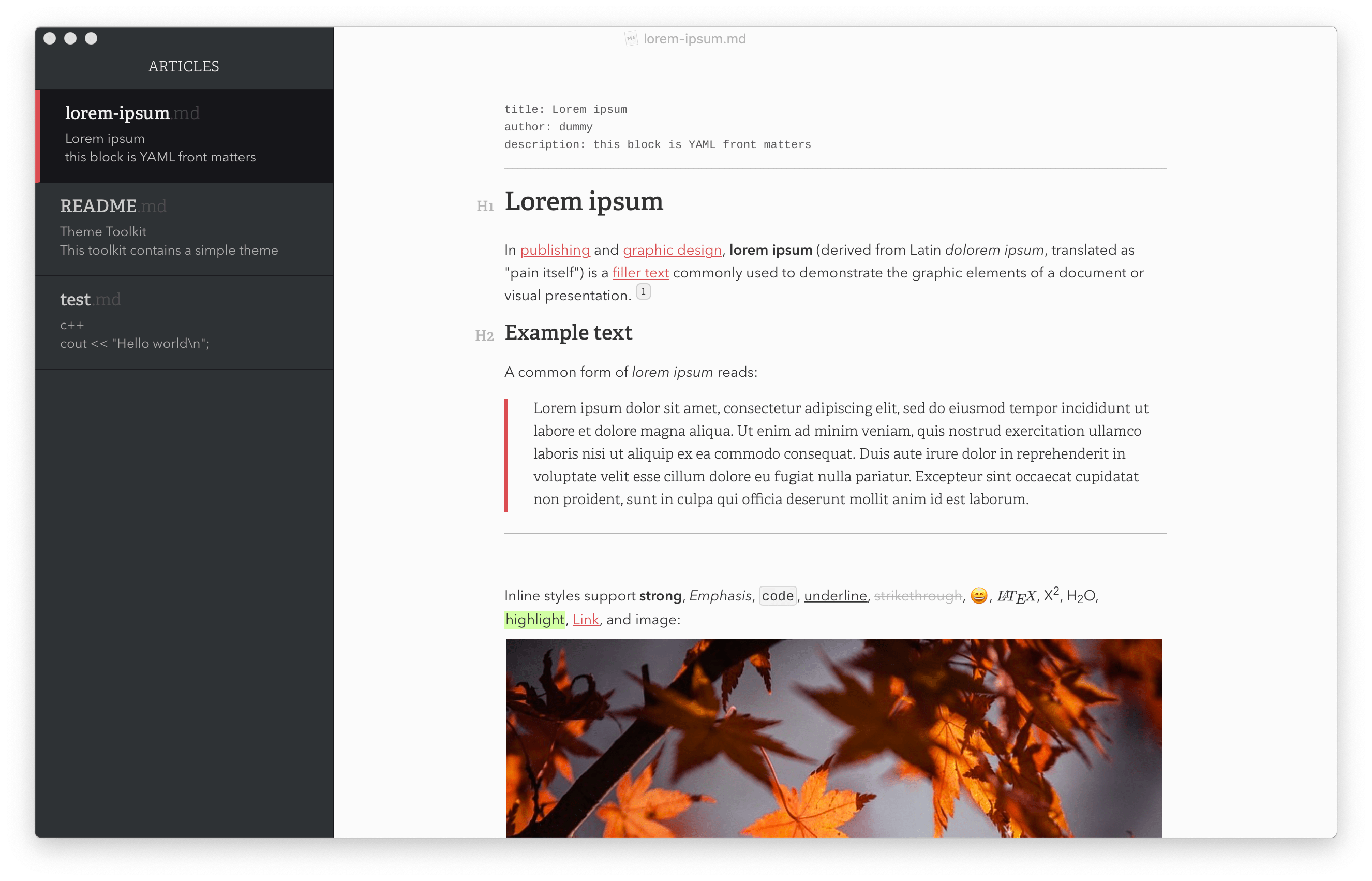 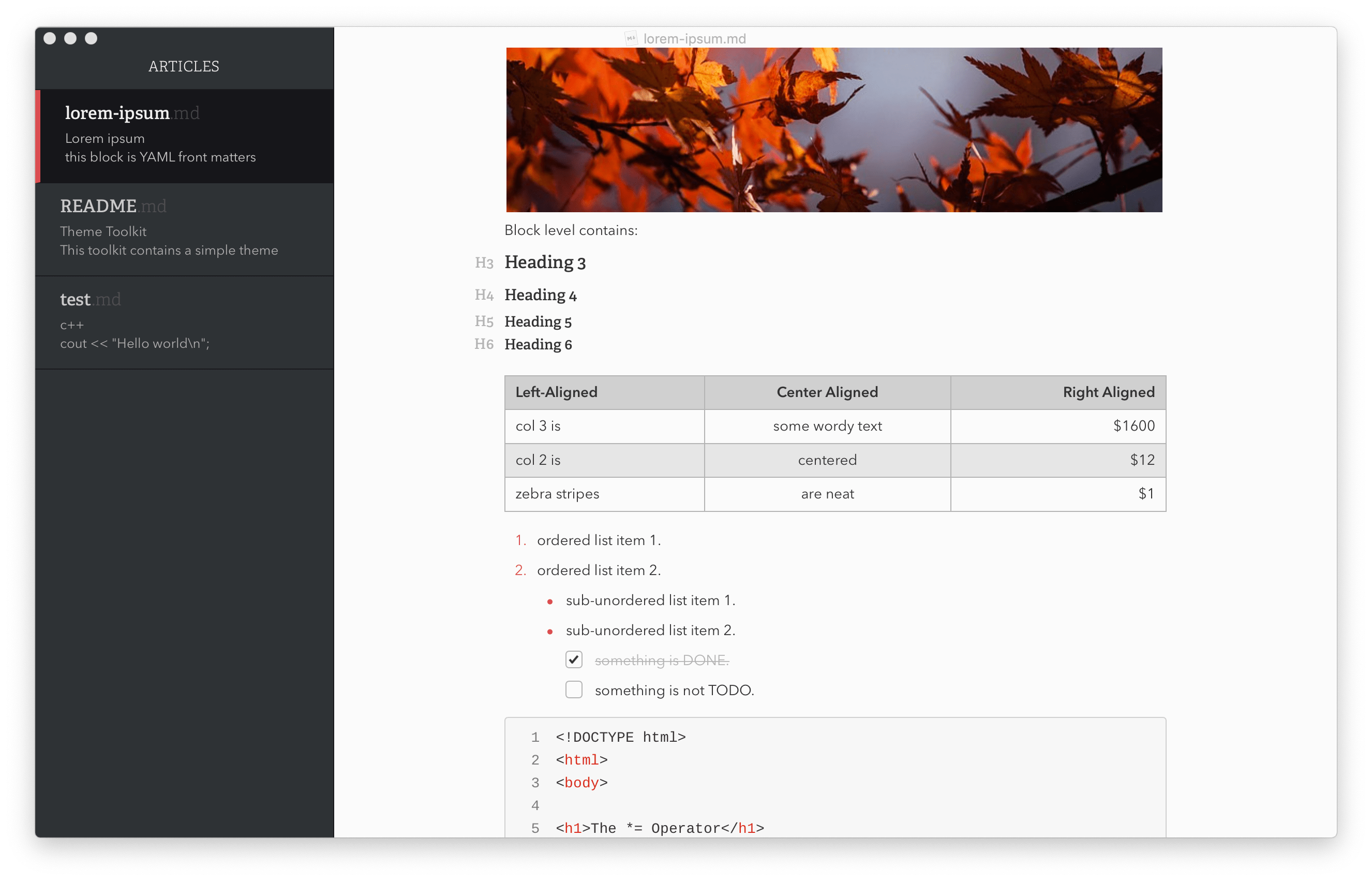 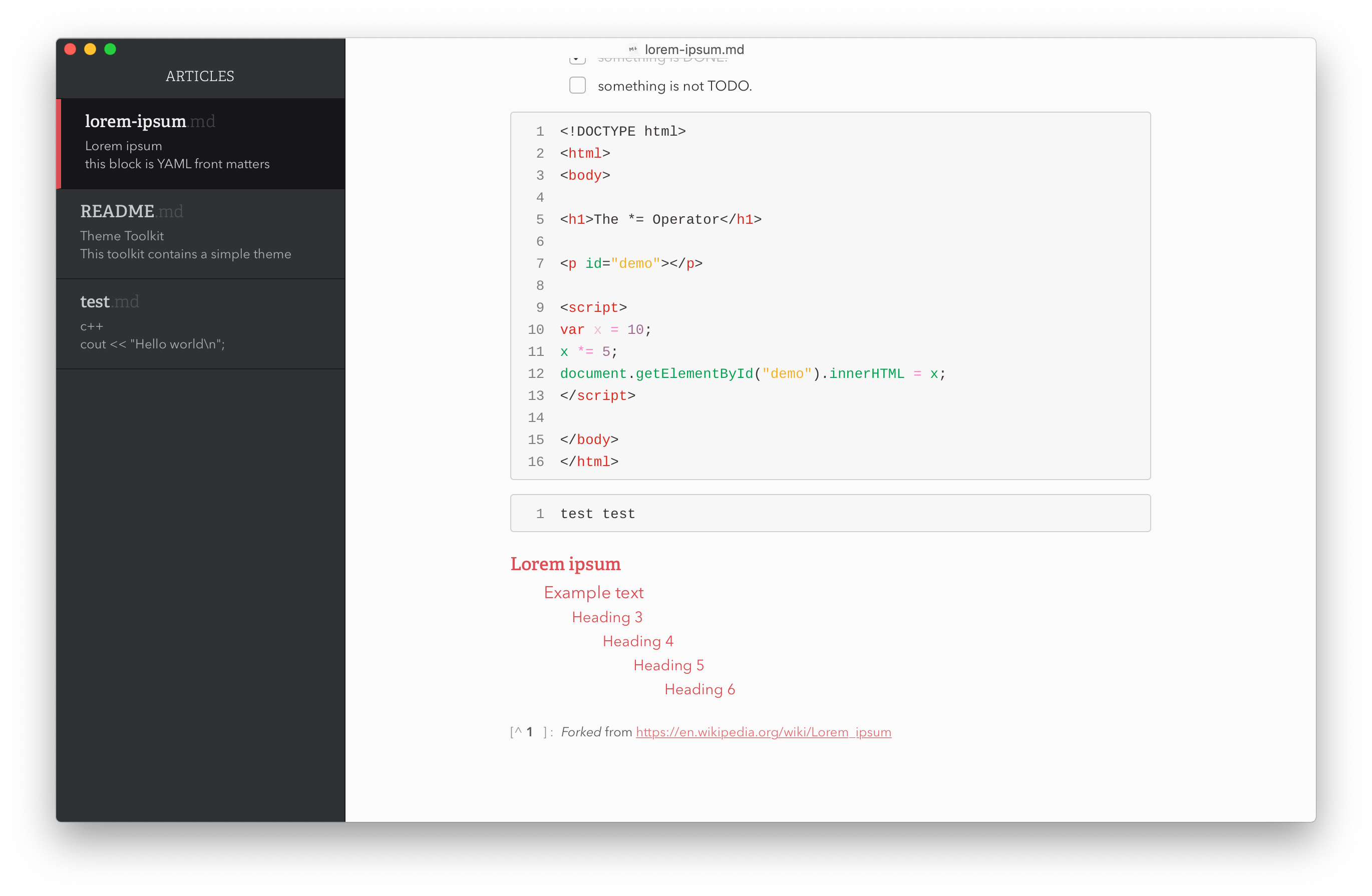 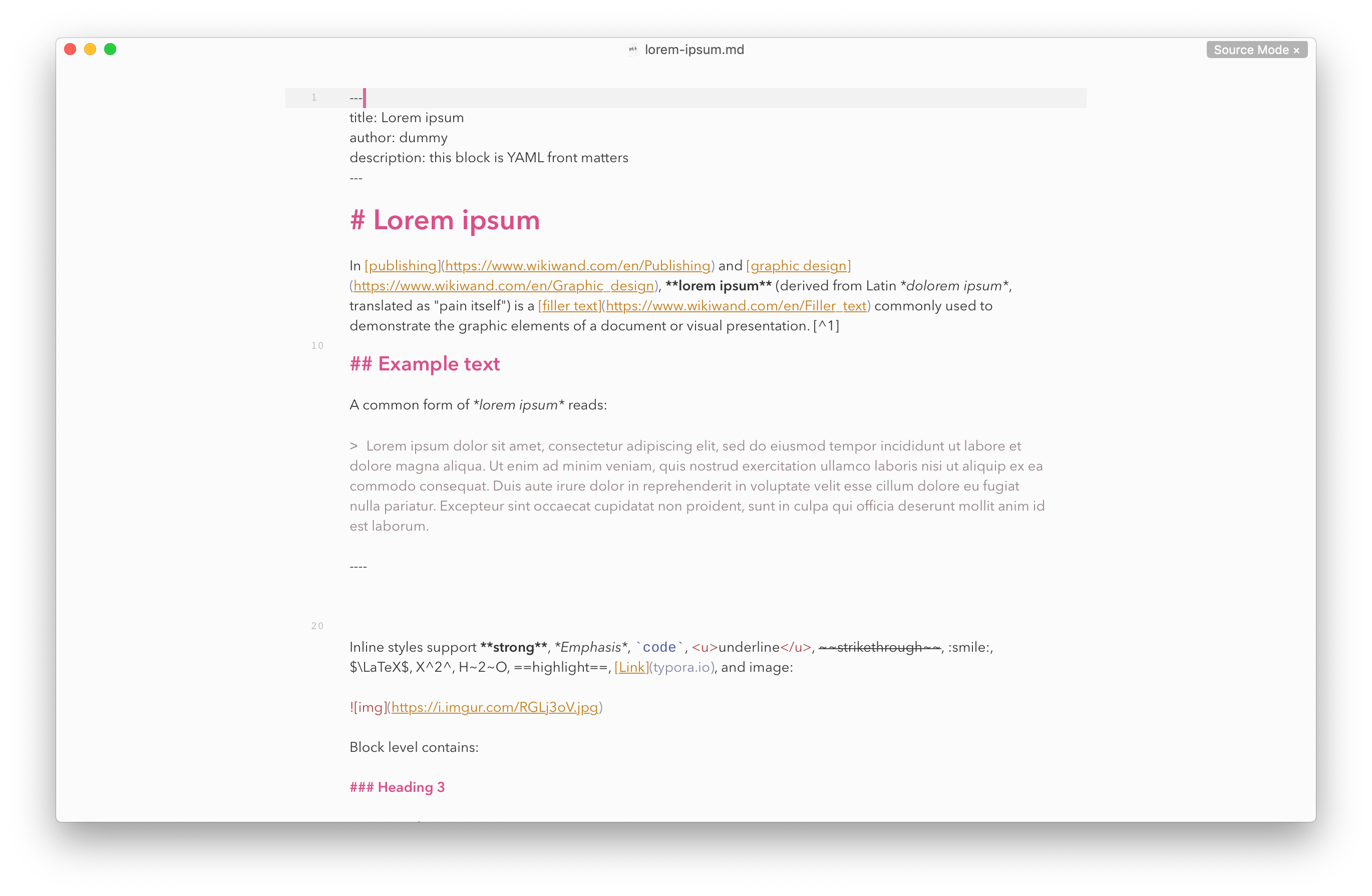 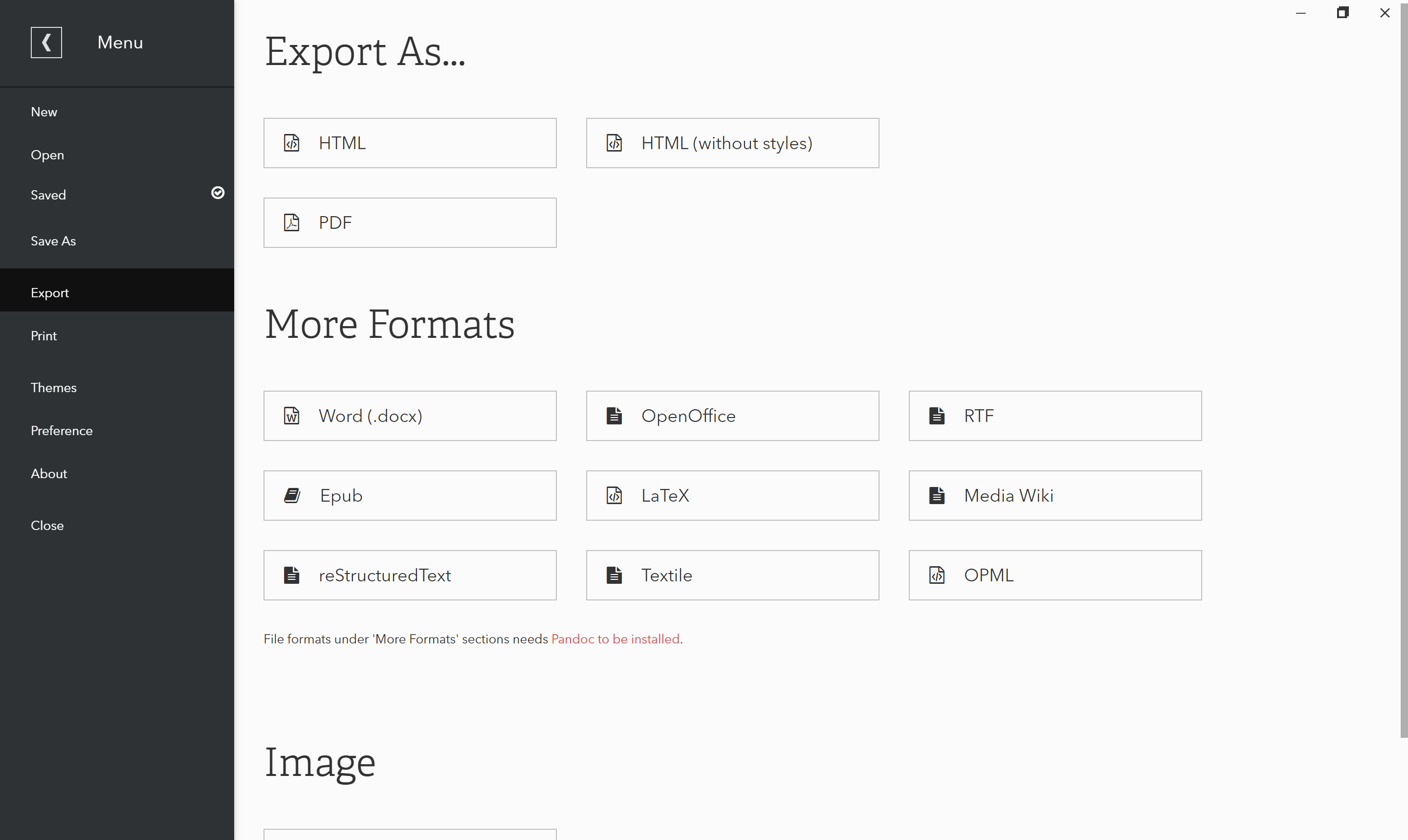 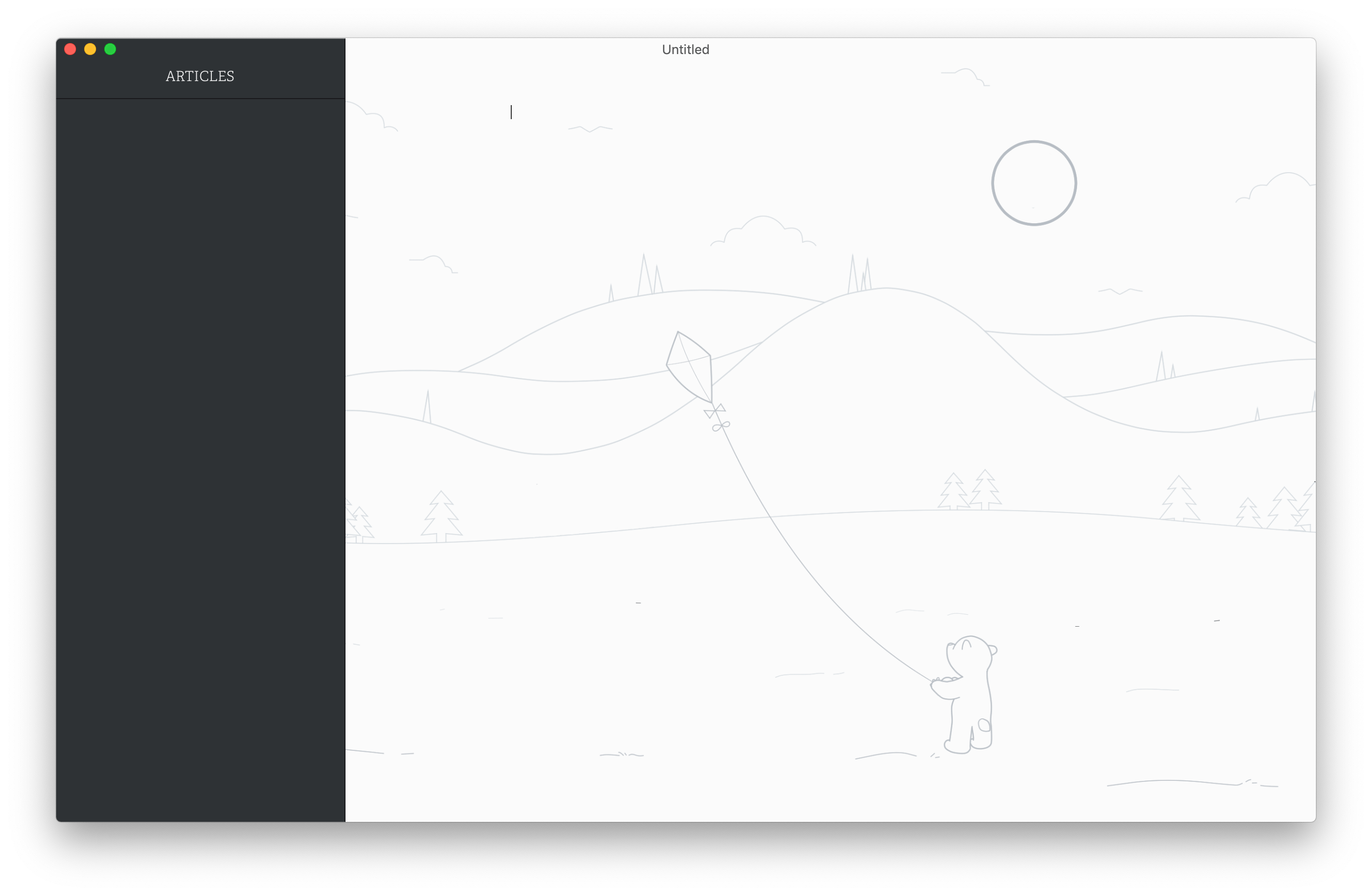 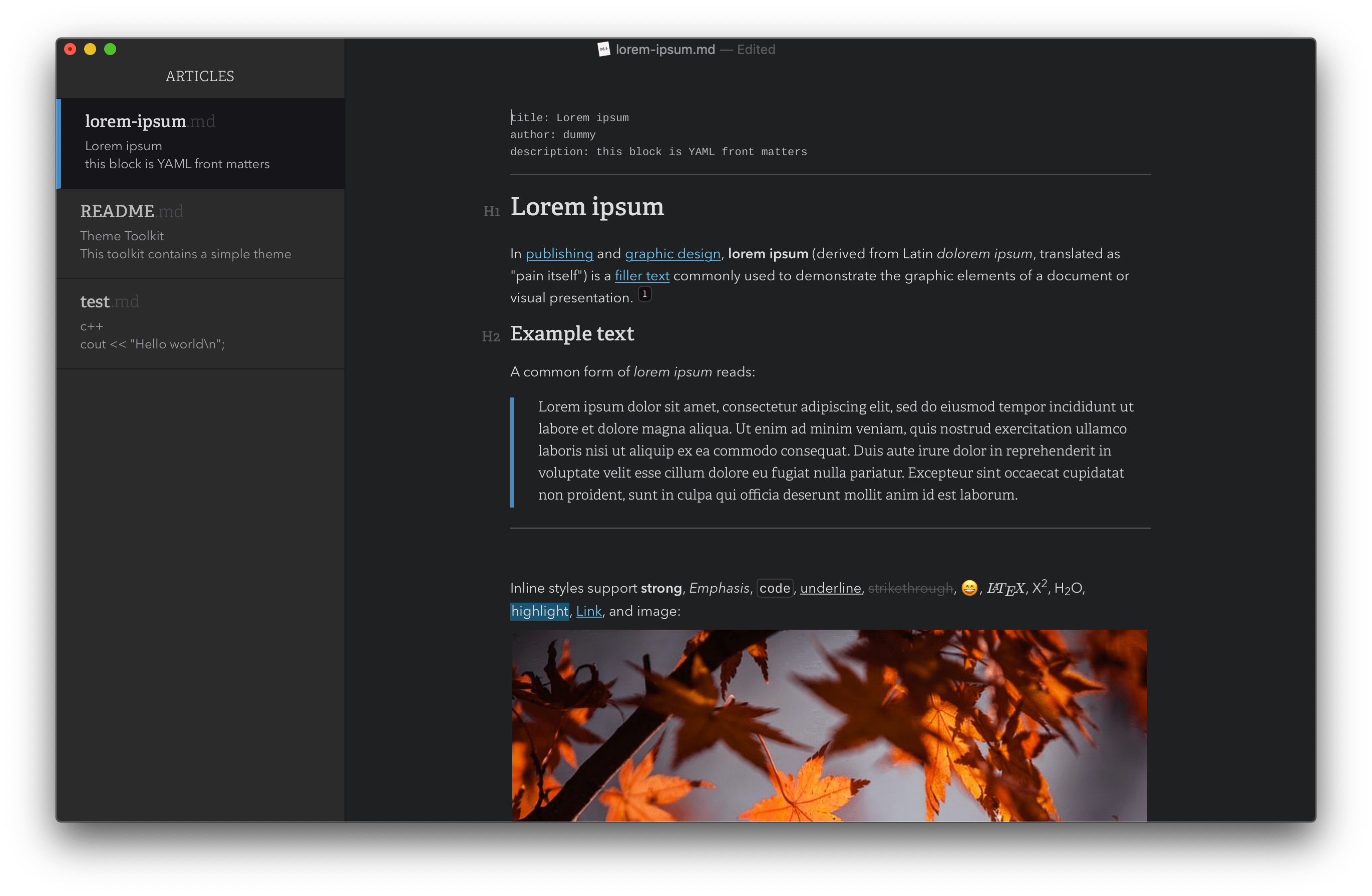 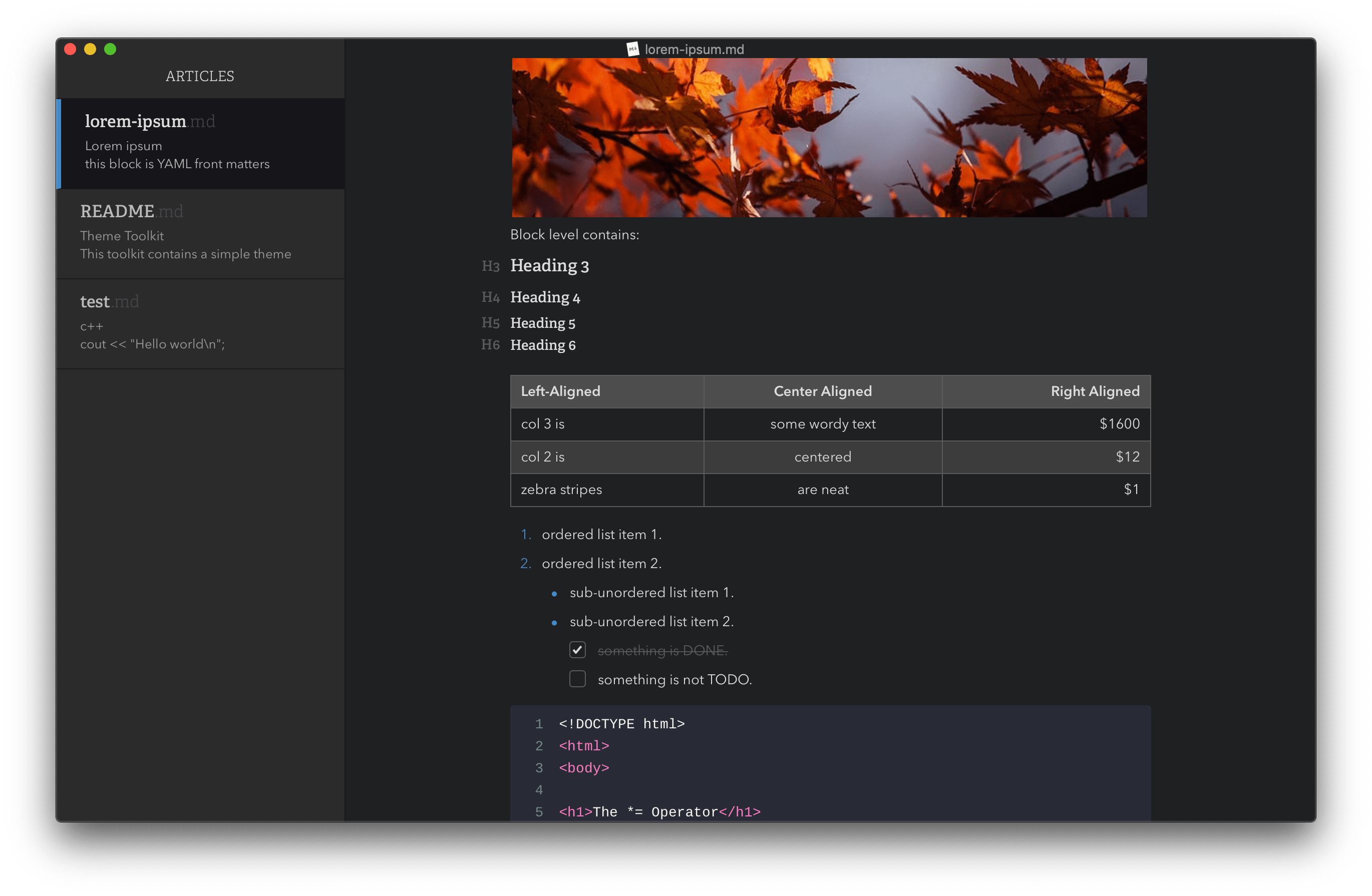 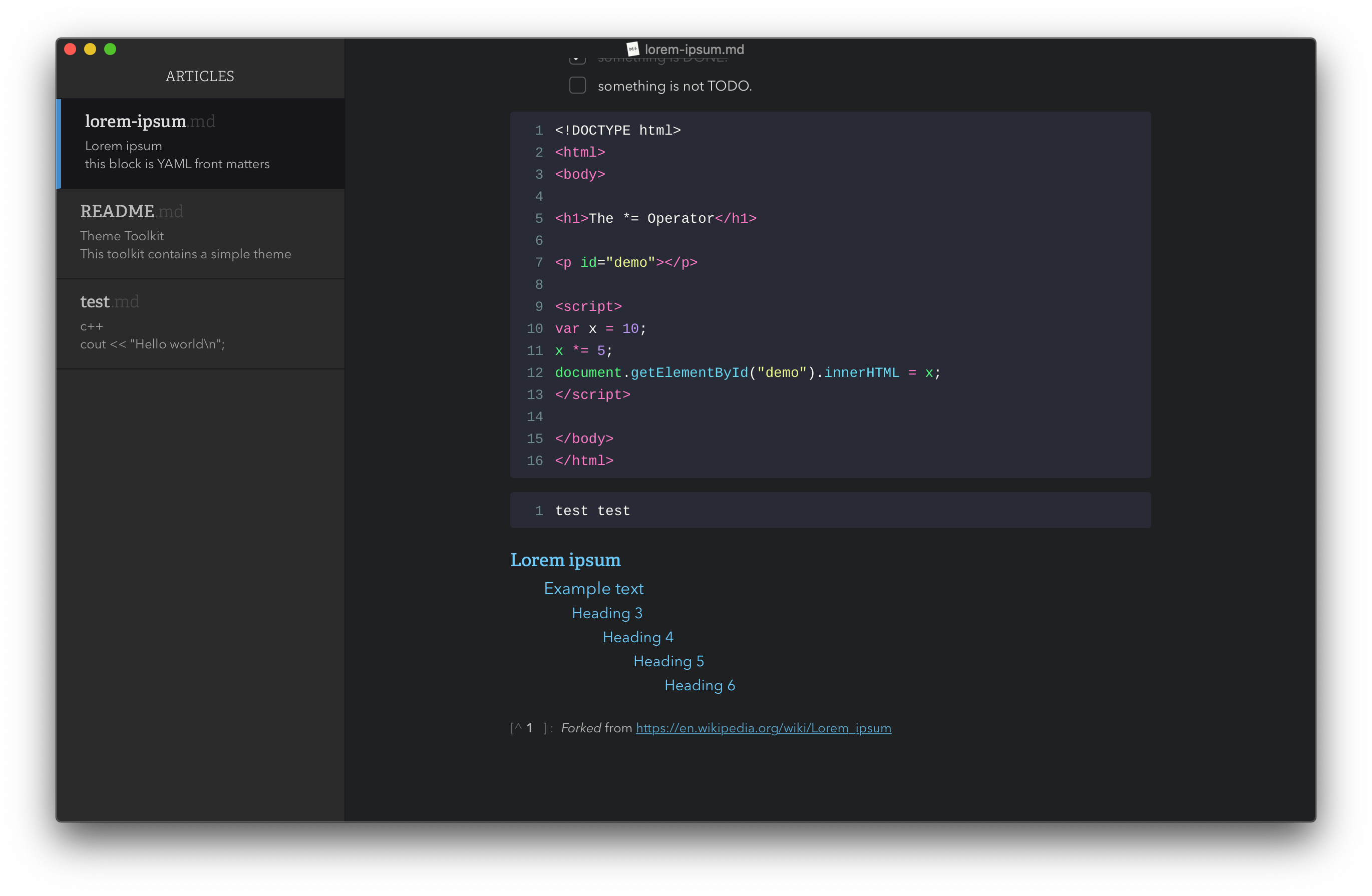 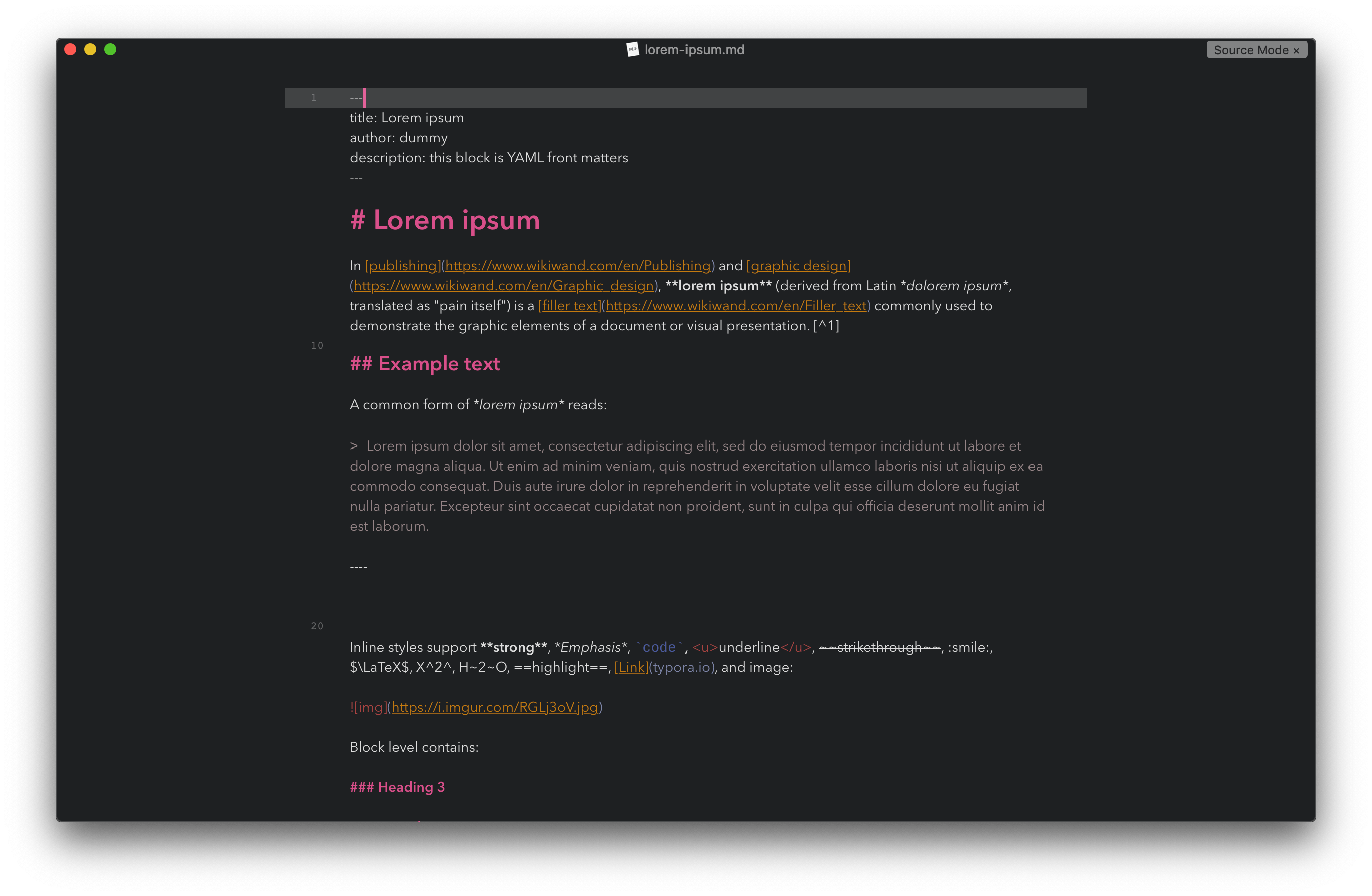 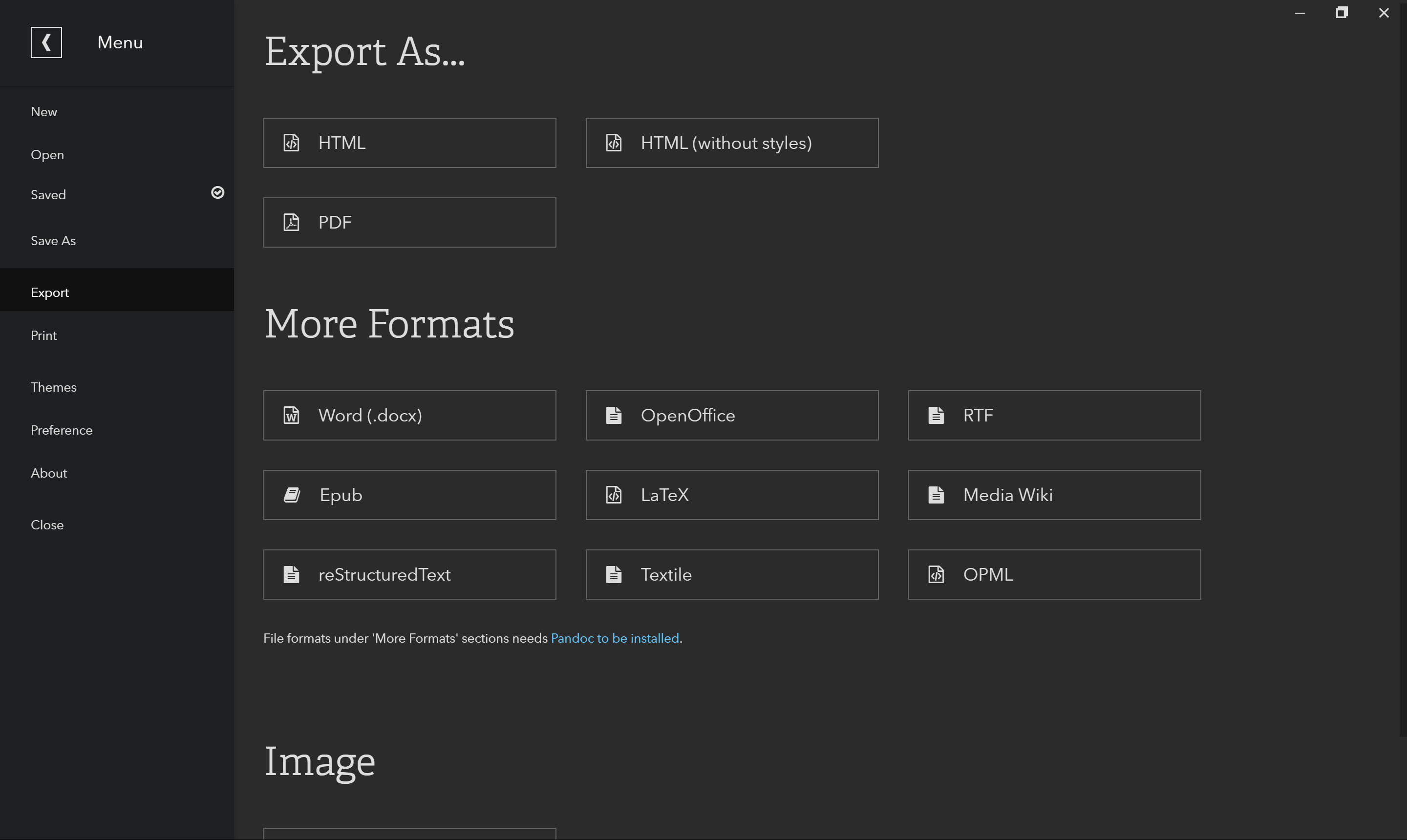 Ursine has recently switched to developing in Sass and Gulp.js, so the repo no longer holds the direct CSS files for the sake of keeping the repo’s filetree clean.

If you wish to manually build the theme (and maybe add your own touches in the process), you’ll need npm & run the following commands:

The compiled CSS files will be located in the /dist directory once complete.

Three is also a dev script that will watch the files and assets & update your themes in your themes folder directly as you save your changes. Simply run gulp dev to do so (and remember to reselect the theme in Typora afterwards to see the changes). Note that this currently only works on MacOS and Windows only (I’ll add Linux support once someone requests it because I have no idea where the theme is saved in that one).

Themes forked from it

Flora is a theme that looks as beautiful as flora.

This is a theme based on Ursine. 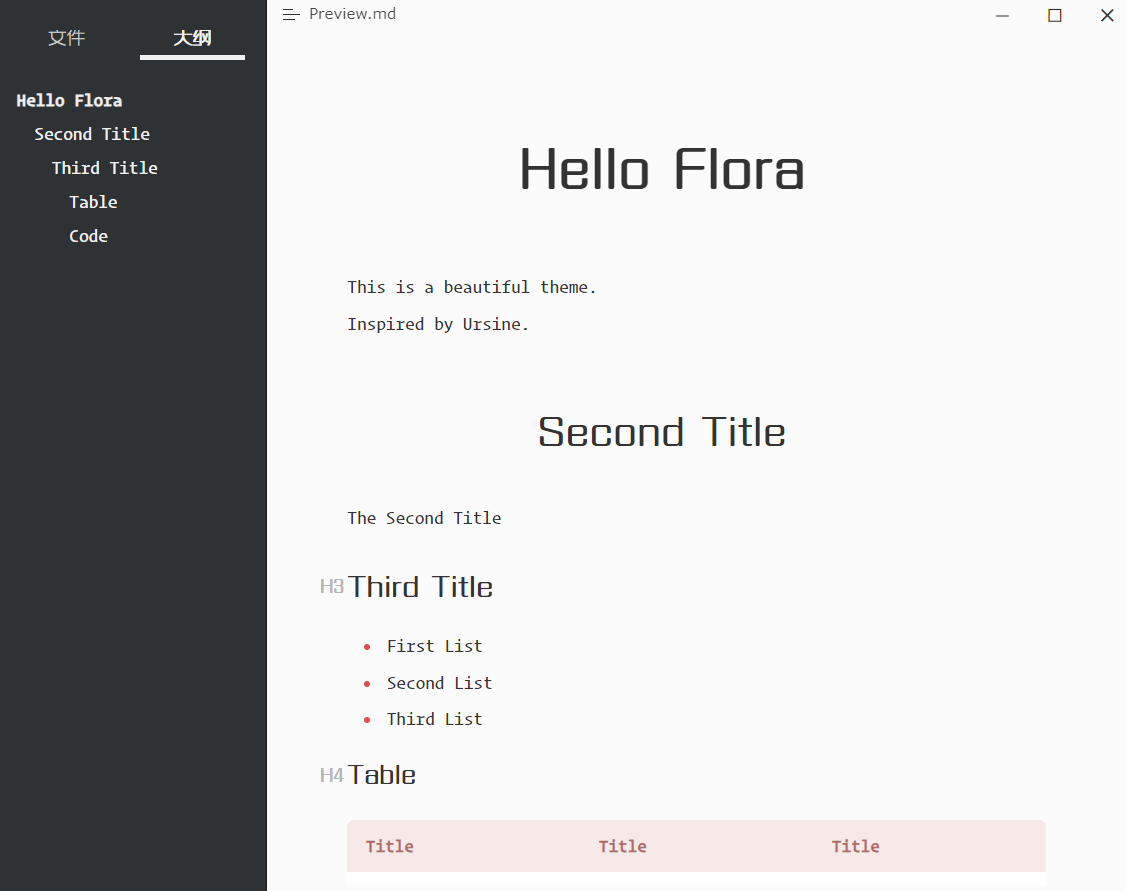 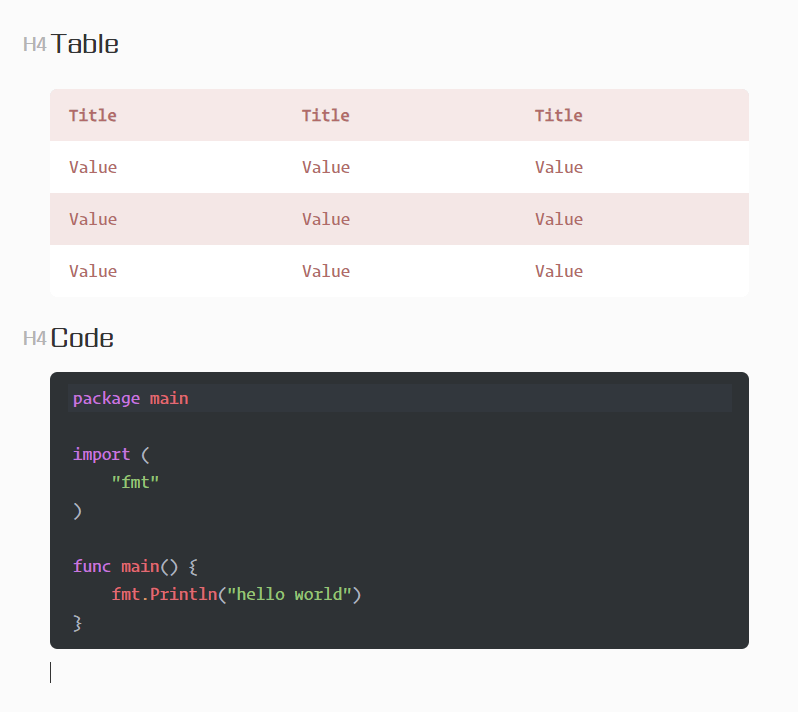